I have been a massive fan of RuPaul's Drag Race since the 16-year-old me discovered 5 seasons on Netflix and binged them within a few weeks. I was enthralled by the huge personalities of the queens, their eccentric take on gender and their incredible makeup; the show was a natural fit for me to love. When I first watched All Stars season 1, I got one episode in and decided it wasn't for me. I felt as though it wasn't showcasing the queens that I had come to know and love, and instead pitted them against each other in ways I didn't feel comfortable with.

Flash forward to All Stars Season 2. This was something I was on board with; the cast was incredible and featured some of my favourite queens, it seemed as though they all had something to prove and I was excited to see how the season would develop. Katya had an amazing comeback and although Alaska came out on top, I felt as though she was the true winner of the season (well, and Roxxy Andrews for somehow winning RuPaul's best friend race and sailing through).

Now, here we are at the close of All Stars 3 and all I can say is; meh. This cast was possibly the most diverse and concrete out of all the past seasons and I was absolutely ready to see what they had to offer. Instead, it was lacking. Let's begin by looking at our top 4 All Stars.

Bebe was an absolute let down and, despite internet rumours of her being a mole (which I was totally on board with), she somehow managed to get to top 4 despite not one memorable moment throughout the season. I think that her high and mighty attitude just came across to me as dry and I genuinely couldn't see what the hype about her coming back was about. If she had someone been involved in a "Handmaids Tale-esque" plot where she was reporting back to RuPaul and helping decide the winner, I feel as though I would have been more on board for her presence. However, she won her season, so where was the need to bring her back?

Over to Kennedy who, despite not warming to her in season 7, seemed to come back fighting and gained a bit of redemption along the way. She will always be a pageant queen, but with looks like the flower runway, she seemed to step outside her comfort zone and become more well rounded. She was a worthy all-star contender, although not perhaps top 2 potential (but we'll come back to that).

Next up we have Shangela, the true winner of All Stars 3, minus Ben Dela Creme and of course Trixie Mattel. Shangela truly thrived the entire season and ensured that she would no longer be seen just as "the queen who returned a couple of times in a box and got sent home immediately". She was the clear front-runner for the majority of the competition (although at times it seemed as though it was playing it to her strengths, who am I to judge?), but to not get a place in the top 2? It was an outrage. For Shangela to have been so consistent and receive no recognition from her peers was shocking, but it just goes to show that it's anyone game when the other queens are involved.

I was rooting for Trixie from day one. One of my favourite drag queens, and a seasoned competitor, I was convinced that she'd slay from day one; oh how wrong I was. Snatch Game was a complete letdown, but for the most part, she was an incredible competitor, even when other queens tried to outshine her. I do think she was a worthy winner, however, I feel like the entire season was overshadowed by the controversial side of the competition.

Overall, the series was full of interesting challenges and controversial situations, however, I think I'll always prefer All Stars 2.

X
Posted by mynameisjilly at 11:29 No comments:

I consistently seem to post on my blog for six months, and then completely abandon it when the going gets tough. It's hard to juggle commitments out with work and university, so my blog has always been the first thing to go when I feel like I'm overwhelmed and need a break.

However, that is going to change! I've decided that, prior to graduating from my BA(Hons) degree in Digital Media and beginning my MLitt in Creative Writing, I need an outlet to start to enjoy writing again. I have no idea what sort of blog posts I'll write, so I can't even tell you what to expect. All I can say is, bear with me and we'll get through it together.

You'll notice that I've decided to archive all my previous posts. I'd like to start fresh and I think in order to do so, this is totally necessary for a new start.

much love x
Posted by mynameisjilly at 06:21 No comments:

Welcome to my blog | mynameisjilly 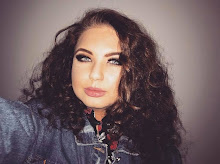 Head on over to my "About me" tab to learn more about me!